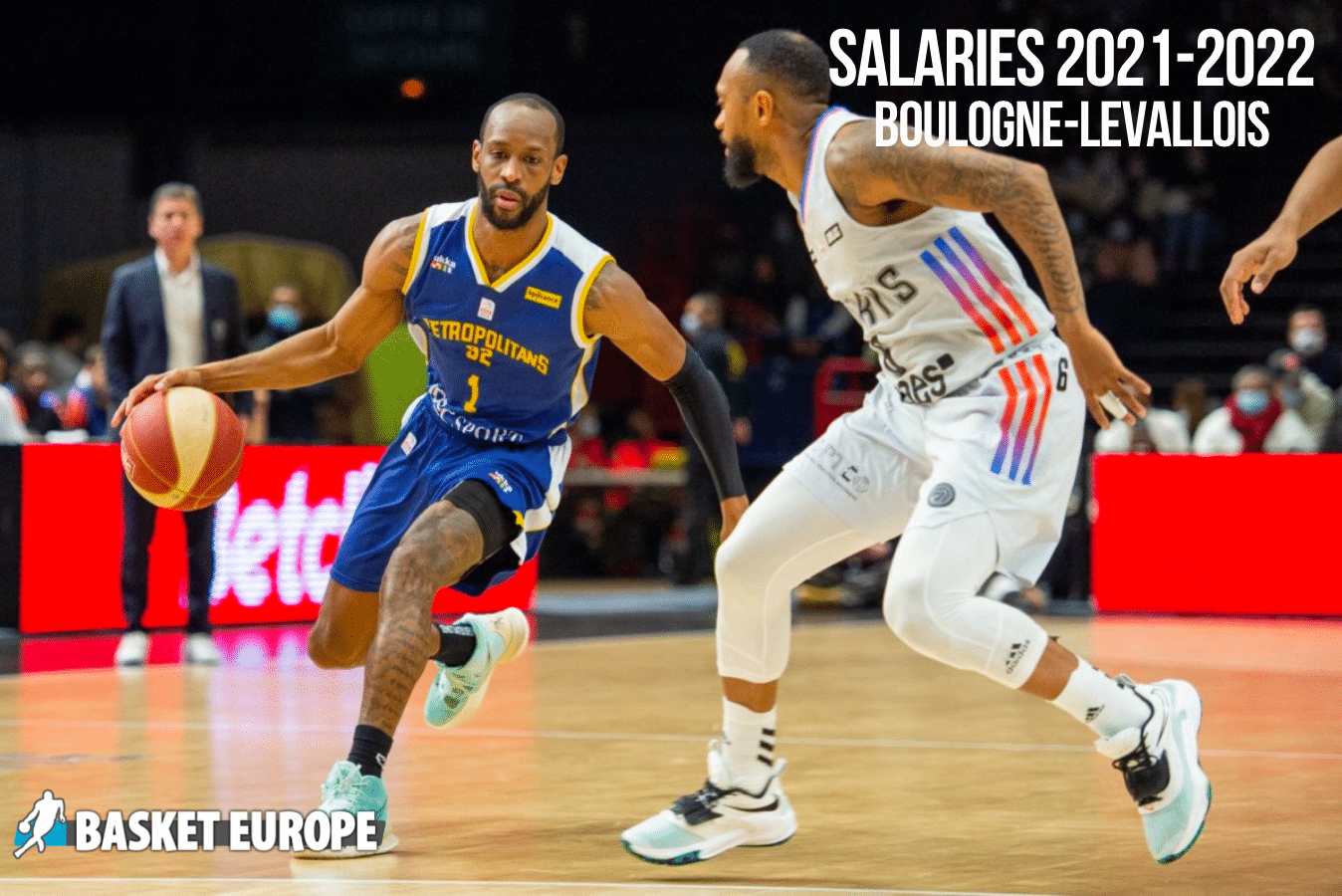 Boulogne-Levallois, Betclic Elite’s leader after Round 22, is now playing at the top of the French league. It is noticeable on both court results and salaries.

As every year, Basket Europe publish its traditional section on Betclic Elite salaries. It is reserved to our subscribers, and there is always time to be part of this privileged circle here.

Four years ago, only four players exceeded 100k euros in annual salary at Levallois, especially Slovenian guard Klemen Prepelic at the top for 130k euros. Since then, the town hall of Boulogne has come to inflate the ambitions and the club’s portfolio, which has taken the name of Metropolitans 92. Here, we are talking about the fourth budget (7.4 million euros) and the third payroll (2.6 million euros) of the championship, behind the two Euroleague « monsters », Monaco and ASVEL Lyon-Villeurbanne. Now, all the ten pro players and the coach of the « Metros » are earning more than 100k euros.

The pinnacle is reached by Jordan McRae, who has 123 NBA appearances and stints in China and Vitoria. At 30, he is in his prime and peaks at 280,000 dollars a year (or 256k euros). Vince Hunter is in the same range (250k euros), as he can claim stays at Panathinaikos, AEK Athens and two years at Virtus Bologna. It is a « name » of European basketball. The other player who earns 200k euros is the leader Will Cummings, a bit less rated, but who has proven since the start of the season that he is a master at playing.