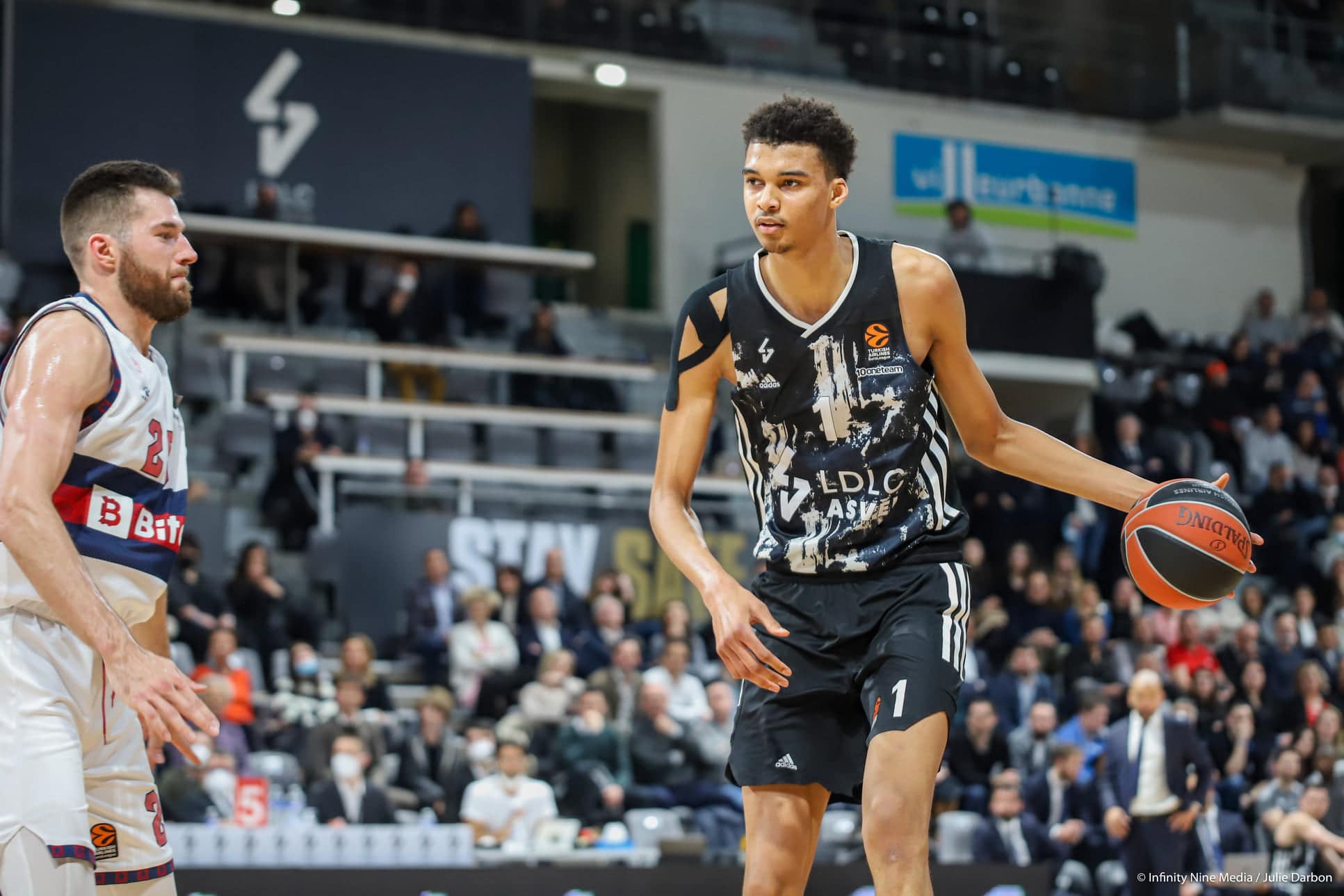 It has been announced during the show “LNB Extra” on BeIN Sport. For the second year in a row, the French center claims the award.

Victor Wembanyama won the trophy last year, as he was playing with Nanterre. He managed to conform with his new team, and made the back to back this season. He improved his season averages. This year, he recorded 9.4 points, 5.4 rebounds, 0.8 assist, 1.8 block and almost a steal (0.9) per game while shooting 47.3 % from the field. At only 18 years of age, the young prospect can still win the trophy next year, before leaving Betclic Elite to go to the NBA in 2023.

The other finalists of that category were Juhann Begarin (Paris) and Nadir Hifi (Le Portel). Begarin – his rights belongs to Boston Celtics – averaged 11.1 points, 4.2 rebounds and 1.5 assist during his first season in Betclic Elite. Nadir Hifi recorded 6.8 points, 1.5 rebound and 2.8 assists this year.