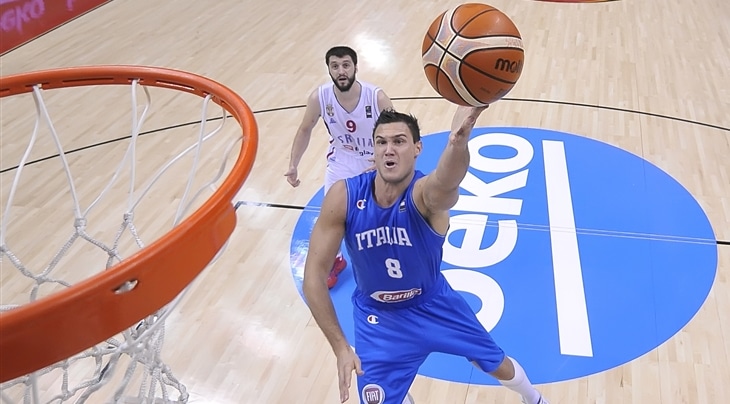 The Italian forward talked about his career, the Euroleague, EuroBasket, and his will to play again in Europe before the end of his career.

Danilo Gallinari confirmed in the “Countdown Clock” conference that he will be playing in the 2022 EuroBasket with Italy.

“I am available and I hope I will join the team. We’re all excited and looking forward to it. Wearing the blue jersey (of the national team) is always emotionally incredible, like when I was 14 years old. Nothing has changed. It’s hard to explain.”

The forward had some good news to share to Italians fans as he opened the door to a comeback in Europe, especially in Milano where he wants to play in the Euroleague.

“I plan to play a few more years in the States, but I started my career here and that’s where I would like to finish it too. That’s my head speaking, we’ll see what my legs and my body will have to say. The EuroLeague is an important competition, of the highest level, and you have to be there physically. It’s a dream I would like to fulfill.”