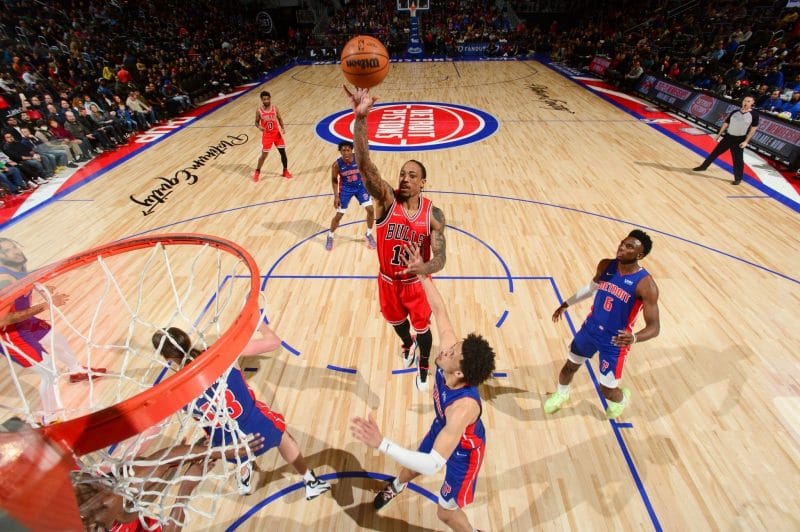 The NBA has announced the 2023 NBA Paris Game. The Chicago Bulls will play against the Detroit Pistons. The match will take place in the Accor Hotel Arena on January 19th.

NBA Paris Game 2023 will be the third game played by the Bulls in Paris. The first two were played during the 1997 pre-season with Michael Jordan. Chicago made it to the playoffs this year, and they have very talented players in their roster : DeMar DeRozan (5 All-Star), Zach LaVine (2), and Nikola Vucevic, the Montenegrin center (2). The Chicago Bulls won the NBA championship six times in their history, all of them with Michael Jordan as the franchise player.

The Detroit Pistons will play their first game in France. They already played overseas as they went to London (2013) and Mexico (2019). The Frenchman, Killian Hayes, will have the opportunity to play in his native country. The Pistons won three NBA championships in their history (1989, 1990 and 2004).

The NBA Paris Game 2023 will be the first game in Europe since 2020 and the twelfth one in France since 1991. The first NBA regular season game in France was played in 2020, featured the Charlotte Hornets and the Milwaukee Bucks.