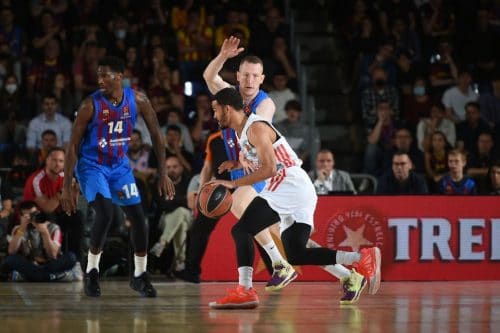 The third seed finally gets his spot in the final. After being up 2-0, Bayern showed some difficulties to close out the series as they lost two straight games at home. They will face the first seed, Alba Berlin, who swept Ludwigsburg in the seminfinals.

Bayern made it more difficult as it looked in this series. Even if the games were really close, they managed to take a 2-0 lead before loosing two games at home. They have been forced to play a decisive game 5, away, against Bonn, to avoid the reverse sweep.

Parker Jackson-Cartwight delivered an incredible performance, as he was involved in more than 50% of the points his team scored. He registered 25 points (9/17 from the field), 4 rebounds and 10 assists. On the other side, it was mainly a team win. Nick Weiler-Babb has been clinical, once again, as he shot over 50% from the field in each game of this series. He averaged 15.8 points, 6.2 rebounds, 3.6 assists and a steal per game. Othello Hunter has been valuable in the rebounding area, grabbing 10 rebounds in only 17 minutes of action. Bayern out-rebounded Bonn 39 to 25, and grabbed two times more offensive rebounds than Bonn (10 to 5). Bayern have been really efficient from the field, shooting 54% (70.6% 2PT).

They will have only two days to recover from this intense series, while their opponent in this finals, Alba Berlin, played their last game almost a week ago. This will be the remake of last year finals, Alba Berlin won that series 3-1. But this season, Bayern has won 3 games against them, that should give them the upward in that series.