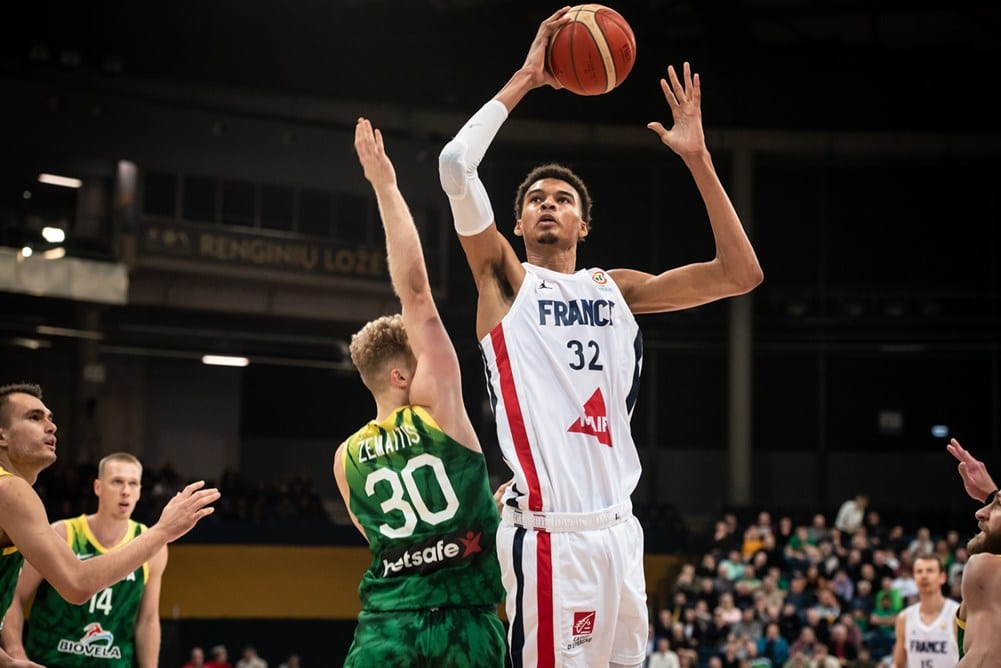 Friday night in Lithuania, the French team took a giant step towards qualification for the 2023 World Cup (65-90). At 18 years old, and for his first time under the blue jersey, Victor Wembanyama showed all the extent of his talent by almost getting a double-double (20 points, 9 rebounds).

“For this first one, I’m going to try to include myself well in the project, to adapt as well as possible to the environment.” A starter in his first selection, Victor Wembanyama took a short minute to recover from his first Marseillaise (4-0, 1st). But once the first points of the French team were scored on a slam dunk – on his own rebound -, the gifted French basketball player went on an 11-0 run thanks to his size and his activity on both sides of the court, well helped by another “rookie”, Damien Inglis.

Above all, Victor Wembanyama almost had a double-double. The phenomenon of Boulogne-Levallois has made a real work by compiling 20 points at 6/13 shooting (including 1/2 3-pointers) and 7/7 shooting, 9 rebounds, 1 assist and 1 steal for 23 rating in 23 minutes with the best +/- of the game (+25 when he was on the court). A first selection with more than 20 points scored, at 18 years and 10 months, with a reduced playing time, it is simply amazing ! He becomes the fourth Frenchman in history to reach 20 points for a first selection “He was himself and that’s enough for him to dominate” noted coach Vincent Collet in the post-game press conference.

A demonstration and very beautiful promises. The French team has not yet mathematically its ticket for the next World Cup (65-90).