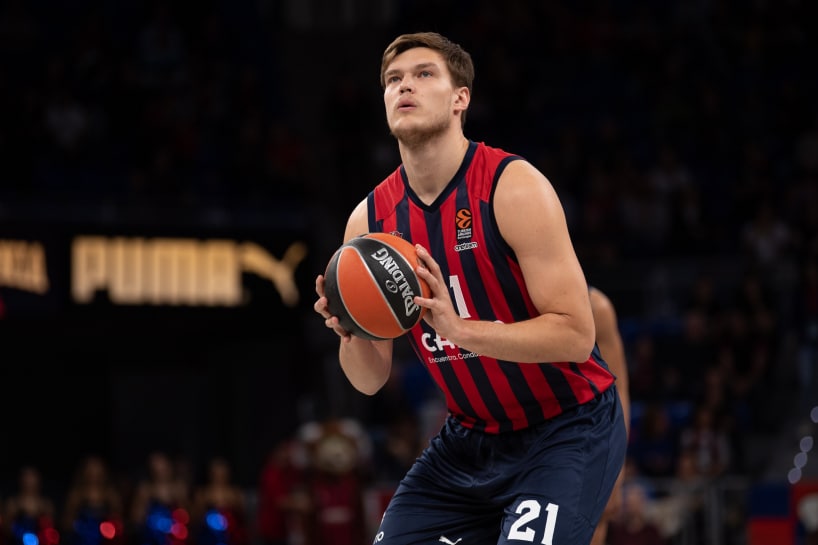 Second best player in the evaluation of his team in Euroleague, the Estonian pivot Maik Kotsar (2.11 m, 25 years) is not innocent to the good start of the season of Baskonia Vitoria.

Surprise MVP of the first day of Euroleague this season, for his first game at the most prestigious European level, Maik Kotsar is making a name for himself in Europe.

The Estonian pivot is currently taking advantage of the absence of Steven Enoch in the basket to compile 11.4 points, 3.8 rebounds and 1.6 assists for 14.2 rating on his first five games in Euroleague. He likes it in the Basque country.

Last season, the Estonian had made his mark in the Eurocup with Hamburg. He joined Vitoria this summer, excited by the presence of his national team mate, Sander Raieste. Especially since other Baltic players are present in the staff of Joan Pennaroya.

“I have always seen Baskonia as a fighting team. It’s not the biggest or richest club in Europe, but there is this fighting spirit that fits me. With a small budget, the club has achieved great victories and shows this tenacity every year. And I love that. There are no easy games, we know we can’t win them all, but we are sure we want to win every game. We are hungry,” he explained in an interview with Dazn Spain.